Photo of Martha Sharp, 1919 (Sharp Family Archives)
​What causes moral courage? Why do so many of us stand by doing little or nothing in the face of injustice and prejudice while a few find the strength to speak out and act to help others?
Artemis Joukowsky, social activist and filmmaker, learned first-hand about moral courage from his grandparents: Waitstill and Martha Sharp, two of only five Americans to be awarded the prestigious Yad Vashem Medal by Israel for their work rescuing Jews and others persecuted by the Nazis. Artemis and Ken Burns produced a moving documentary – Defying the Nazis: The Sharps' War – about the moral courage of the Sharps. Now Joukowsky has established an award for moral courage to honor, document and encourage others to act courageously. 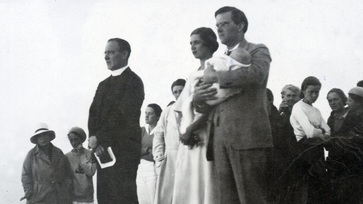 Defying the Nazis: The Sharps' War celebrates the story of Waitstill and Martha Sharp, a Unitarian minister and his wife from Wellesley, Massachusetts, who left their children in the care of their parish and boldly undertook multiple life-threatening missions in Europe. Over two years, the pair saved hundreds of political dissidents and Jewish refugees fleeing the Nazi occupation that was enveloping Europe. Today the Sharps have been recognized as two of only five Americans who have received the honor of Righteous Among Nations. This official title is awarded by Yad Vashem on behalf of the State of Israel and the Jewish people to non-Jews who risked their lives to save Jews during the Holocaust. 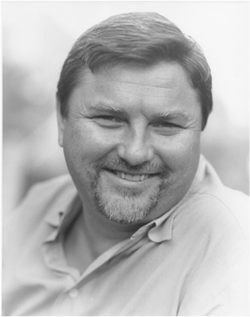 The discovery of the Sharps' incredible story all began with a ninth grade assignment on moral courage. Artemis Joukowky, the grandson of Martha and Waitstill Sharp, was given a school project to interview a person of moral courage. Under the suggestion of his mother and with his tape recorder in hand, Artemis interviewed his grandmother. The story he learned that day earned him an A on the assignment and inspired an investigation that would span decades and result in the documentary film. Defying the Nazis: The Sharps' War on September 20th at 9:00pm on PBS.
Visit the Defying the Nazis Website
​Defying the Nazis: the Sharps' War is a co-production of NO LIMITS MEDIA, Inc., and Florentine Films, in association with WETA Washington, D.C. A film by Ken Burns and Artemis Joukowsky.  Produced by Ken Burns and Matthew Justus, Ken Burns: Executive Producer. Edited by Erik Angra.  Music by Sheldon Mirowitz.  Copyright: Farm Pond Pictures, LLC.